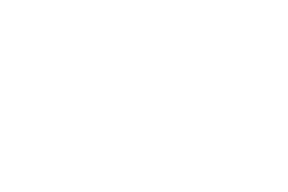 -born and raised in Brooklyn, NY

-he was a deli clerk then a Paramedic

and a volunteer fireman

-worked in NYC in the fashion

-stayed home with the boys

-worked as a dressmaker

-worked for the GAP

-Carl became an instructor at the Nassau County Fire Academy

with an agency in NYC

I was lucky enough to work as a plus size

-started my own photography

-oldest son secured a great job out of college in IT

-younger son moved with us but went away to college

-oldest son married his childhood sweetheart after dating for 12 years

finally have that daughter I always wanted

-worked in retailing for a while

(hardest thing I ever had to do)

-picking up where I left off with my photography

got a desk job

--just got my hair cut super short..photos to follow:)

- well it's been a while hair not so short anymore, hair short again

Sold our house in Myrtle Beach..moved to Murrells Inlet, SC

-this december Carl and I will celebrate our

going to be grandma in October...soo excited!!

So that is pretty much me til now

Those who know me.. know

Family is most important to me...

now that being said,

let's get to the important things...

I cannot live without CHOCOLATE,

I love SHOES..I own many

now that I live here heels aren't so important...

I seemed to have started a

of very bright sneakers and of

section to my closet...

I have a closet full of clothes

and wear the same things all the time...

I love anything that has to do with

at very affordable prices and make it a fun experience:)

I just love to capture people just being themselves!